On Tuesday, February 1, we celebrated Chinese New Year and welcomed the year of the Tiger. Our dietary staff outdid themselves by preparing a Chinese Feast of a variety of stir fry’s, egg rolls and of course fortune cookies.

Unfortunately, our famous dragon was under repair and didn’t make an appearance this year. However, we enjoyed Sr. Margaret Mary’s talk about her time in Hong Kong. She explained that the Chinese New Year celebration lasts for 16 days. As the new year is a time of change and new beginnings; removing the old and welcoming the new.

Everyone’s birthday is celebrated on New Year’s. In China, you have a “real” age and a “fake” nominal age. The real age is the one when you turn older on your birthday. The nominal age though, increases with the New Year’s Festival.

Red is used to decorate for the New Year. Red is believed to scare monsters away. As such it is used in nearly all Chinese New Year decorations. In honor of that traditions, our auditorium was decorated with red and many of us donned our red clothing.

We weren’t the only ones celebrating today. Chinese New Year is celebrated all over the world. 1 out of every 5 people in the world is Chinese, that is not counting the millions of people of Chinese descent. 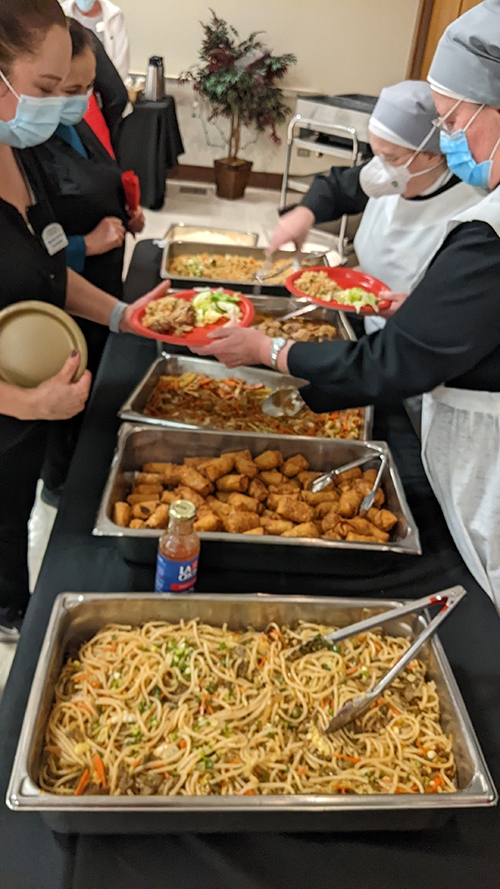 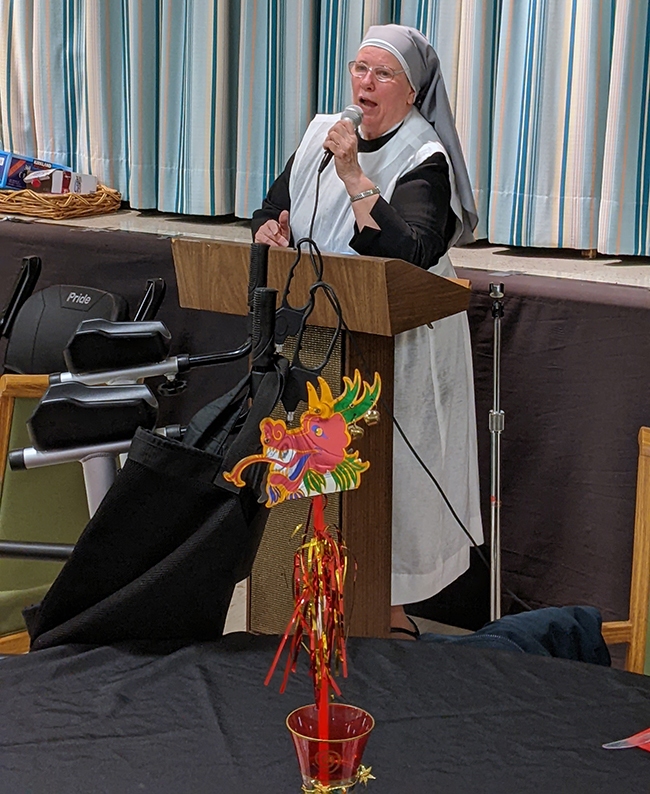 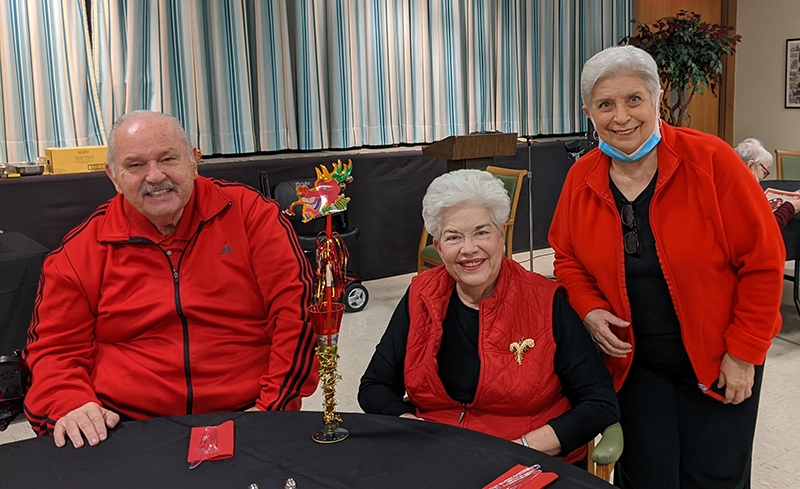 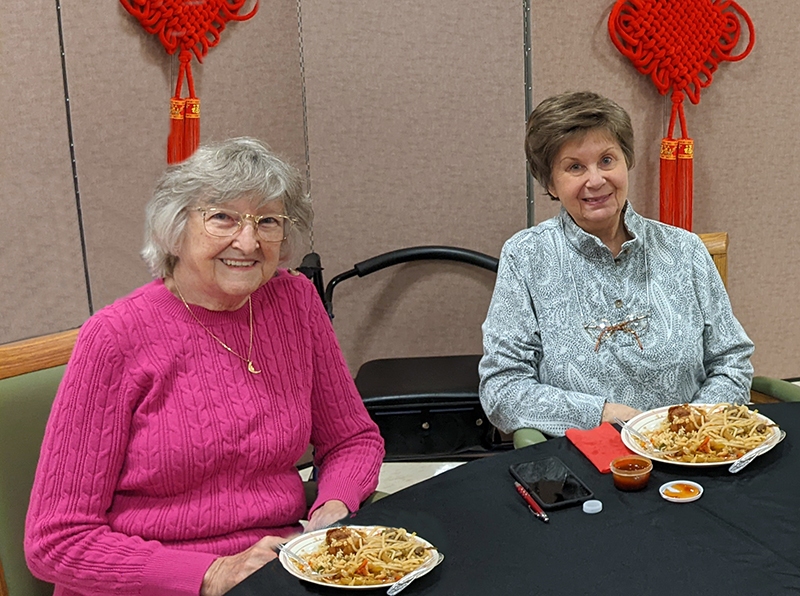 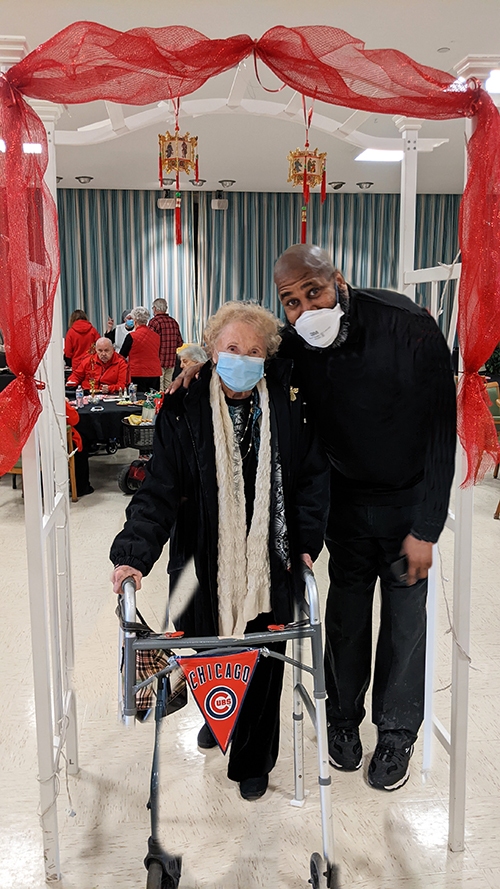 A Blessed Christmas Season
Beatitudes for Friends of the Elderly